Corporate governance embodies processes and systems by which public entities are directed, controlled and held to account. It defines the distribution of rights and responsibilities among the different stakeholders and participants in the organisation, it determines the rules and procedures for making decisions on corporate affairs (including the process through which the organisation’s objectives are set) and provides the means of attaining those objectives and monitoring performance. Importantly it defines where accountability lies throughout the organisation.

In addition to legislative requirements based upon the ELIDZ’s enabling legislation and the Companies Act of 2008, corporate governance is applied through the prescripts of the Public Finance Management Act of 1999 (PFMA) and in accordance with the principles contained in the King IV Report on Corporate Governance and the Protocol on Corporate Governance, 2002.

The ELIDZ is committed to upholding the highest standards of corporate governance by complying with legislation applicable to it as well as aligning itself to non-binding rules, codes and standards such as the King report and governance protocol. Parliament, the Executive and the Board of the ELIDZ are responsible for corporate governance.

The ELIDZ Board of Directors recognises the need to conduct the affairs of the company with integrity, in accordance with generally accepted corporate practices, and is committed to upholding the governance principles incorporated in the Code of Corporate Practices and Conduct, set out in the King III Report 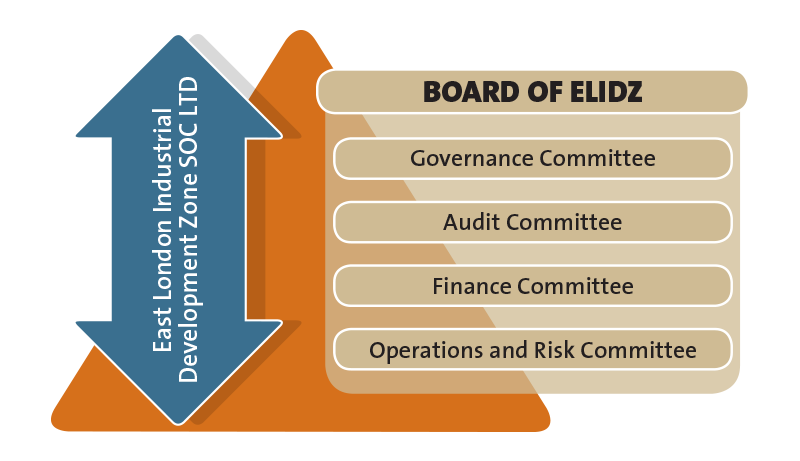 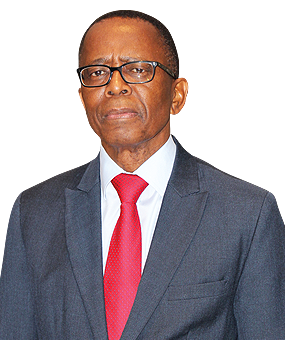 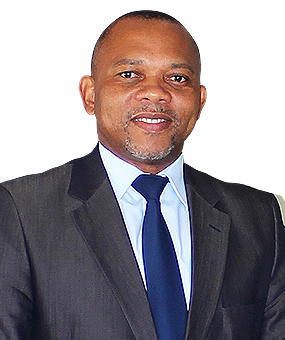 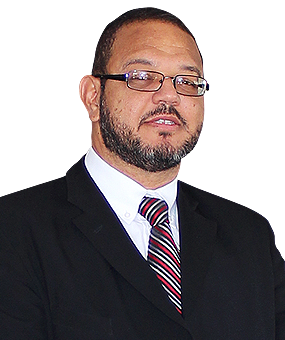 NATIONALITY: South African PROFESSION: Academic. An experienced academic and astute diplomat, Makalima holds a Bachelor of Social Science Degree from the University of South Africa; a BA Honours in Sociology from the University of Fort Hare; a Masters Degree in Sociology from the State University of New York at Binghamton (SUNNY-B) and a second Masters in Southern African Studies from the University of York in England. Professor Makalima was born in Ntabankulu in the Eastern Cape and spent most of his student, professional and political life in the province. He taught Sociology at the University of Fort Hare as a lecturer, a senior lecturer and Acting Head of Department and member of the University Senate, from 1982 – 1989. He was later appointed Associate Professor and substantive Head of the Department of Sociology at the same university in 1990. In addition to teaching and supervising academic research, and introducing radical perspectives in the Department’s sociological discourse, Makalima participated in several processes towards the democratisation of the governance of the University, including serving on the executive committee of the then Black Staff Association. In the context of transformation efforts of the sociological profession in South Africa, he was one of the founder members and vice-president of the Association for Sociology in Southern Africa (ASSA); an organisational initiative conceived as a counterweight to the hegemony of the then dominant but backward-looking South African Sociological Association. In response to the South African government’s declaration, in 1987, to clamp down on political activism and dissent on university campuses, Makalima participated in a nation-wide organisational process that culminated in the formation of the progressive Union of Democratic Universities Staff Association (UDUSA). Makalima also played a prominent role in the post-1990 academic and related transformative initiatives undertaken by the University; including leading negotiations, on behalf of the University of Fort Hare, with the Swiss Ministry of Education that culminated in the establishment of an academic exchange program between Fort Hare and the Graduate Institute of Development Studies in Geneva, and served as one of the visiting professors under that program. He participated in the establishment and also the board of the Govan Mbeki Social Science Research Fellowship and co-ordinated Fort Hare’s engagements with the ANC’s Macro-Economic Research Group (MERG), as chair of Fort Hare’s MERG Steering Committee. The MERG program culminated in the publication of Making Democracy Work, with a stress on the implementation of the concept and practice of Reconstruction and Development, for a post-Apartheid South Africa. Prof Makalima has served as a member of the executive committee of the International South Group Network; a network of African, Asian and Latin American non-state development organisations, conceived and established within the framework of promoting South-South cooperation. Makalima has also held various leadership positions in the Eastern Cape Provincial Government. In 1997 he was appointed as a Director responsible for policy and planning at the Eastern Cape Department of Transport, during which time the Green Paper on the Eastern Cape Provincial Transport Policy was published. He later went on to become the Head of the Department of Social Development in the province, and contributed to the provincial Top Management’s efforts to deepen the integration of the previously disparate governance structures of the erstwhile Apartheid state. Makalima has 14 years of experience in the practice of international diplomacy, having been appointed, in 2001, as the South African Ambassador to the Republic of Argentina; with concurrent accreditation to the Republic of Paraguay and the Oriental Republic of Uruguay. Among other assignments, in this position, Makalima supported negotiations towards the conclusion of a Preferential Trade Agreement between South Africa/SACU and MERCORSUR (the Common Market of the Southern Cone); resulting in the enhancement of trade, commercial and socio-cultural relations between MERCOSUR and South Africa, including the rest of SACU. Between 2005 and 2011,Makalima served as the South African High Commissioner to the Republic of Zimbabwe; a major assignment, in the context of South Africa’s strategic diplomatic objectives and interests in the SADC region, on the continent and internationally. It was during this time (September 2008) that South Africa successfully brokered the Global Political Agreement, which paved the way for the formation of a Unity Government in Zimbabwe. This was a culmination of the implementation of the SADC mandate that South Africa facilitate a political dialogue process between the then warring Zimbabwean factions, thus validating the political value of dialogue, rather than confrontation, as a conflict resolution mechanism. From 2011 until 2015, Makalima served as Ambassador to the State of Palestine. This was an important assignment, in the context of reproducing and sustaining Nelson Mandela’s human rights legacy in Palestine, promoting dialogue and pursuing South Africa’s broader diplomatic objectives in the Middle East region. Makalima joins the ELIDZ at a crucial time of extensive changes, in the wake of the imperative to transition from the Industrial Development Zones programming, following the codification of the Special Economic Zones dispensation; setting up new operational and institutional arrangements; increased competition for in-bound Foreign Direct Investment, in a climate of inelastic and even shrinking national funding resources. His experience as an academic as well as his exposure in both government administration and international relations will add value to the ELIDZ.

NATIONALITY: South African, PROFESSION: Civil & Agricultural Engineer Mr Simphiwe Nicholas Kondlo is a seasoned engineer. He holds a MSc Engineering Management and has more than 10 years’ experience spanning over various fields including civil and agricultural engineering. Kondlo, is a former Chief Executive Officer of Amatola Water and one of his career highlights was developing and executing a turn-around strategy for the organisation, a water utility, with 14 water treatment plants and extensive bulk water pipe lines accross a number of municipalities, leading to the sustainable and profitable operation of the entity. In 2004, Mr Kondlo joined the ELIDZ as Chief Executive Officer. With him at the forefront, the ELIDZ managed an intensive infrastructure development programme which transformed a greenfield site into a fully-fledged industrial development hub. The zone has secured more than R1 billion worth of investment since Mr Kondlo took over the reins and it continues to flourish. In his role at the ELIDZ, Mr Kondlo has also played a significant role in shaping the policy framework of the South African IDZ programme. He has sat in several boards including the Eastern Cape Development Corporation (ECDC) Trans-Caledon Tunnel Authority (TCTA), Aspire, Mvula Trust and Buffalo City FET College, Walter Sisulu University Council and the Buffalo City Development Agency (BCDA).

Eugene Vincent Jooste an independent consultant at EVJ Consulting. His works experience spans over decades having worked as a Junior Audit Clerk in 1985 at Spencer Steward CA (SA). He has since applied his trade in both public and private sector this include Development Bank of Southern Africa (DBSA), the Independent Business Enrichment Centre & The Independent Finance Centre and Eastern Cape Department of Roads & Public Works to mention but a few. Jooste has been a member of the Eastern Cape Provincial Interim Bid Adjudication Committee, a member of the Institute of Purchasing Supply South Africa and was part of the provincial Treasury Task Team that dealt with Procurement Reforms that led to the implementation of the Supply Chain Management Regulations within the Eastern Cape Province. Using his extensive experience gained at both private and public entities he now devotes his time to his Consultancy Company consulting and undertaking advisory services with the three spheres public, private and Non-Governmental Organisations. Jooste is a member of the ELIDZ board and also serves on the organisation’s Audit and Risk and Finance and Tender Committees. 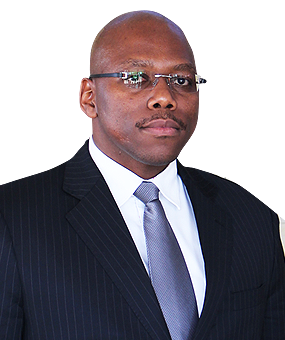 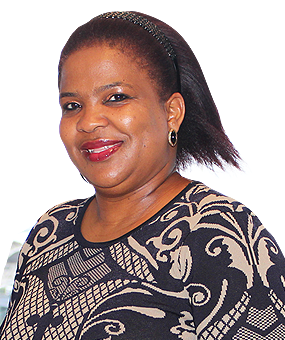 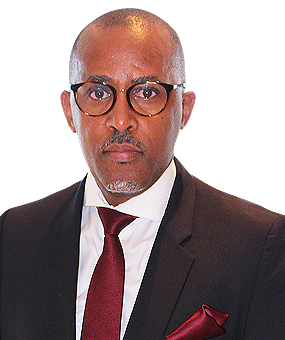 Mr. Ayanda Kanana qualified as a Chartered Accountant in 2008. He is currently a board member as well as a member of the Audit Committee at the ELIDZ . He holds a Bachelor of Commerce in Financial Accounting from the University of Witwatersrand and a Bachelor of Accounting Honours from the University of KwaZulu Natal. Mr. Kanana has held various positions at Deloitte South Africa. These include being an Article Clerk, an Auditor in Charge and Learning & Audit Manager at this reputable Accounting firm. During his tenure at Deloitte South Africa, his client base included Anglo Platinum, Barloworld Limited, Murray & Roberts Construction, and Cricket South Africa. In 2008, he was seconded by Deloitte South Africa to their counterpart in the United States of America where he was employed as Auditor in Charge. Mr. Kanana currently heads a Governance & Reporting Unit in the City of Johannesburg, where he represents the Shareholder interests in the Board of Directors of the Municipal Entities Owned by the City. He has held Independent Audit Committee positions in the following institutions: Johannesburg Social Housing Company, Johannesburg City Parks & Zoo, Mogale City Local Municipality and Randfontein Local Municipality.

Ntombentsha Mnconywa is the latest addition to our board structure and is a member of the Finance and Tender Committee as well as the Audit and Risk Committee. She hails from public sector governance and finance background. She is currently the Head of Department and Senior lecturer in Accounting at the University of Fort Hare. Her qualifications range from Bachelor of Commerce, Higher Diploma in Education, Post Graduate Certificate in Accounting, BCom (Hons), CA (SA) to a Masters in Accounting Sciences. She is currently affiliated with SAICA and the Marine Living Resource Fund: Audit committee member. 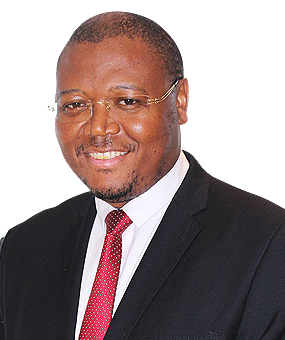 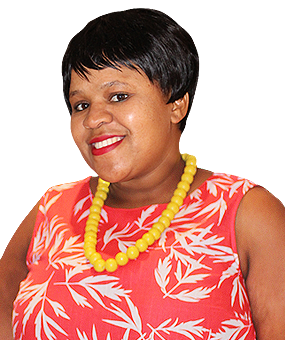 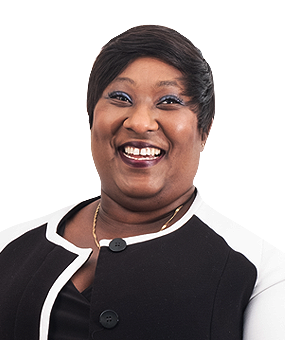 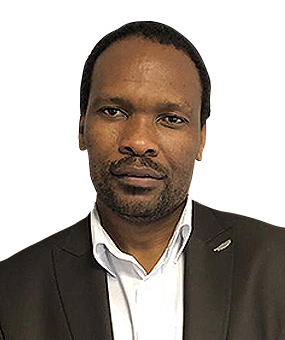 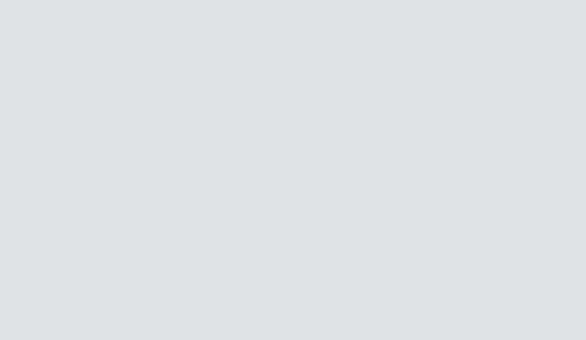 As the South African government works to flatten the curve on the spread of COVID-19 through the measures outlined by President Cyril Ramaphosa on 23 March 2020, the ELIDZ has suspended all walk-in visits and meetings at its offices with immediate effect until further notice.

You are, therefore, requested to reach out to your ELIDZ contact and make alternative arrangements as all face-to-face meetings are replaced by email, video and telephone calls.  Alternatively visit our website www.elidz.co.za or call 043 702 8200 for assistance.

We thank you for your cooperation and understanding. For more information on the COVID-19 Pandemic please visit http://www.sacoronavirus.co.za